Some years ago, I spent Christmas with my sister in her flat in London.  I wish I were there now, not just because it’s a beautiful place to be at Christmastime, but because if I were there, I could go to the National Army Museum and see the exhibit entitled War Horse – Fact and Fiction.

Instead, since I’m stuck here in the States, as is my sister, I’ll have to see Spielberg’s movie instead.  When I do, I’m bringing a box of tissues because just watching the trailer makes me cry.

If you can’t make it to the National Army Museum War Horse exhibit in Chelsea (it runs until August), you should make it to the website.   There is much to see to interest the mind and stir the heart. 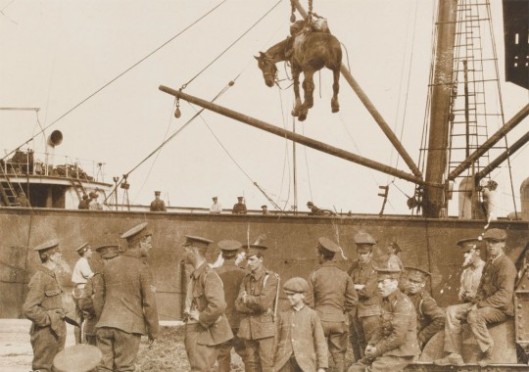 During the Great War, the war that my grandfather called “the war to end all wars,” Great Britain supplied 467,973 horses to the British Army.  The United States and Canada supplied 617,935.  But horses also came from as far away as Australia and New Zealand.

What words can we have for such destruction? 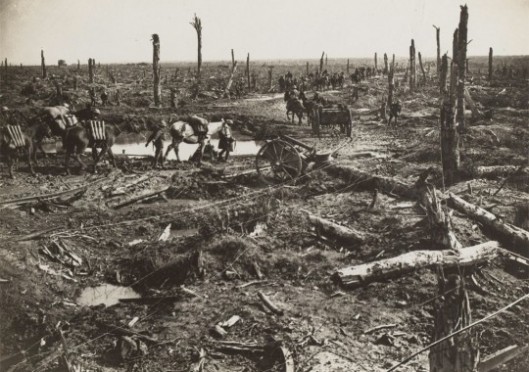 Intended glory, as noble as it is, pales beside the horror.

UK bookseller Jane Badger has a great post on her blog about the exhibit, along with photographs of war horses rescued by Dorothy Brooke, founder of The Brooke, which I highlighted as one of my favorite charities, in this post, earlier this month.  Most of these photographs are not in the exhibit, and Jane cautions readers that some of them are “graphic and upsetting.”  While on topic, I must also mention that Jane is an incredible resource.  I bought my copy of Primrose Cumming’s Silver Snaffles from her.

Heartwarming, instead of heartbreaking, is this video from prop maker Allan Edwards of the National Theatre, discussing the war horses in the play, which I’m planning on seeing this January. Despite the fact that those horses are crafted of aluminum, cane grid and polyester georgette, real horses recognize them as the same species.  Remarkable.  As remarkable as every horse who served in war for purely human aims.