That’s the year that Doc Severinsen, leader of the Tonight Show orchestra, and his daughter Nancy performed together at the event in Tampa. 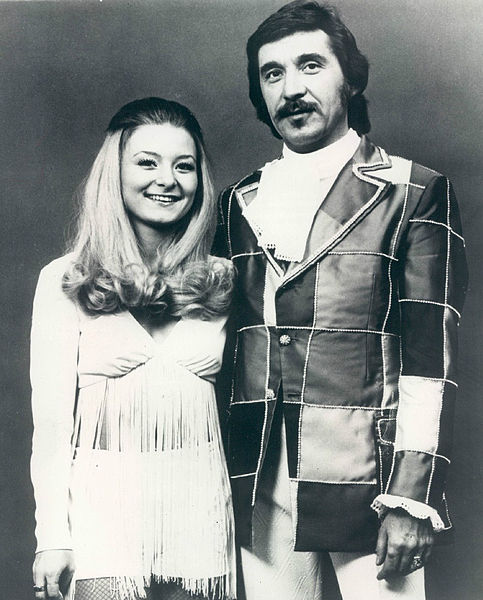 Did you know that Michele McEvoy was trained by Carl Knee (who coached the Canadian Equestrian Team at the 1976 Montreal Olympics) and so was Allen Severinsen, Doc’s son?  Small world, isn’t it?  Allen is now a racing trainer, with 4459 starts and earnings of $7,870,025.

If you didn’t catch the Invitational last week, Molly Ashe-Cawley just missed her third win.  The silver trophy was taken by Mario Deslauriers riding Jane F. Clark’s Cella.  Of course anywhere there’s Jane F. Clark in the horse world, it’s a small world.  At the last World Equestrian Games, she had horses contesting three disciplines — dressage, jumping and four-in-hand driving, and was the only owner in the history of WEG to do so.

In response to a request from Courtney King-Dye, Jane F. Clark just bought a horse on which Courtney will try to secure a place on the Paralympics team this year.  While Courtney’s busy training, she’s also busy trying to help pay her way.  You can read more and, if you like, contribute here.  It’s a small world, and even a small contribution will help.