It’s post-Olympics and, although I’m out of synch 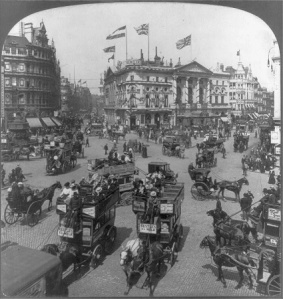 it’s time to post at least a few of my thoughts and impressions about the equestrian events.

I was afraid that I wasn’t going to have time to watch the Olympics at all, but I made the decision to eat into my already abbreviated sleep time to go to nbcolympics.com to catch what I could (rather than blog).  Kudos to NBC for finally giving us a way to see everything and anything we wanted to see on our computers, whenever we wanted to see it.

From the comments following last Wednesday’s post, I know that there are prominent proscratinators among my readers.  If that predilection for procrastination kept you from watching the coverage, you’re in luck.  You can still see it — and see it all — here.  I doubt whether this will be the case forever, so if you want to catch what you missed, you might want to put your proscrastinating on hold temporarily, just this once.

There sure was a lot to watch.  It took me days just to get through the eventing dressage.  And then I watched the rest of it.  I watched almost all of the dressage and almost all the show jumping.  The parts I missed weren’t at the end of the competition but rather throughout the competition, randomly and frequently.

Increasingly frequently as time went on.  Early on, I optimistically expected that disappointing rides would somehow magically improve rather than remain the same or detriorate further.  Realizing that my optimism was unfounded, as rides went on, I made the decision to use my curser to fast-forward.  That saved time, which was important because sleep deprivation is cumulative in its ill effects.

Overall, I think the horses outshined and outclassed most of their human counterparts.

I also think that having good hands — not to mention educated hands — are being under-emphasized in equitation today, to the detriment of both horse and rider.  The Olympics hosted riders who are arguably the best in the world, and there was a lot of pulling going on — in dressage, over fences and cross-country (where, at least, sometimes, it’s warranted).  On the rare occasions that pulling worked in spite of itself, we saw pulling’s unfortunate flip side — the inability to release when the right answer is given.  Dead hands equal a dead mind.  Not a good thing.  It makes me glad I’m not a horse.

Without concern for relative weights and measures, these are my other totally random and extremely opinionated thoughts and impressions:

This was the best competitive riding I’ve seen in recent Olympics (in other words, for years and years).  It was gratifying to see classical training and riding rewarded.  The GB team showed us how it’s done.  I’ve been a fan of Carl Hester’s for a while, and a great fan of Uthopia.  If you catch the show At Home with Carl Hester, it’s hard not to be.

I was sorry to see the fumbles in the last day of competition, but at least Carl “went for it.”  Charlotte Dujardin showed us that great riding can still trump the best gaits.  I don’t think that Valegro was the best horse in the Olympic dressage (I think that allocade belongs to Parzival) but he was exceptionally well ridden.  In contrast, the best horse was hampered in his performance by the very pretty looking but very ugly riding Adelinde Cornellisen.  Stephen Bradley tread the political tightrope nicely when he said that they chose to reward harmony over power.

I loved watching Helen Langehanenberg ride.  Her Damon Hill looks like he’s part of her, and she of him.   She’s active in the saddle.  She’s moving.  She’s lithe.  Watch her and you’ll see what having independent aids is all about. She had following hands (they really moved) at the extended walk (which helped make it really great).  Those following hands alone are enough for me to love her.  I wasn’t familiar with her until watching her in the Olympics, but I found out on eurodressage.com that she scored 9s and 10s on her position at the 2012 German Dressage Championships.

I question the selection of horses for the US.  Poor Ravel and poor Steffen Peters for having to show him, so clearly no longer at his best or even close. I found Rafalca ordinary, but Jan Ebeling did the best with what he had.  Tina Konyot and Calecto were the exception, and in the right place at the right time.  With only three riders and the three horses we had, we didn’t have a chance.  How sad that we chose to play it safe — when the winning teams did the exact opposite and outshone us by a mile.

I’m no fan of Anky’s methods, and less of her husband’s, but it was great to see her riding Salinero again, who looks half his age at 18, and seeing him perform better than he did in his last Olympics.  What I don’t understand is how, in all this time, and with all his exposure, the horse wasn’t able to deal with the medals ceremony without two handlers while she was in the saddle. Maybe I’m a dreamer, but I expect more from an Olympic calibre rider.  (And yes, I know he’s hot.  So are lots of OTTBs and so is Valegro.  It’s the training, not the heat.)

In fact, there was so much leading around of the top Olympic riders during the medals ceremony, that it started to resemble a lead line class for adults.  Is this the future of international dressage competition?

Perhaps not, because we had the pleasure of seeing Carl Hester ride the victory gallop on a loose rein on a horse that trusted him, while the crowd went wild, while his dear friend Charlotte let loose on Valegro.  The horses looked as happy as the riders.  And isn’t that how it should be?

Here’s the part I loved the most:  How Charlotte Dujardin complemented her horse when she left the ring.  Her words brought tears to my eyes, and showed us why she is a true horseman.  When complimented on her ride, she said, “He was very tired.  He just gave everything he had; he had nothing left.”

Don’t tell me they don’t play favorites.  I understand why Ingrid Klimke got the score she did in dressage but I found the performance technically excellent but otherwise lackluster.  I’m a big fan of Ingrid’s but I don’t think we saw her at even close to her best.  Of course, she’s one of the few eventers who ride a dressage test while looking like a dressage rider.

So does Nina Ligon of Thailand, who was not given the score she deserved for her horse’s excellent performance.  She’s a rider to watch, with exemplary equitation.

Dirk Shrade of Germany gave an incredible demonstration of how to ride cross country.  From the four strides out of the water…to his decision to trot rather than canter towards the bank (giving his horse a chance to see what was coming)…and throughout the ride, hands that gave, unless they were holding to provide support.  He didn’t pull once.  His horse was balanced throughout — from 1:28 to 1:41 on NBC’s video and there’s lots to learn in that time slot.  You can’t go wrong with a replay or two.

Watching cross-country, we saw a whole lot of rushing and the handiness that is a hallmark of today’s riding (rushing and handiness tend to go together). Wow, was the terrain a challenge — those endless and steep hills! — and that made the rushing even worse.  We expect our horses to give us our best, but I found it heart wrenching to watch so many horses finish the course with serious fatigue, lacking the stamina to comfortably complete the otherwise inviting course because of the punishing terrain.

Hooray for the grays!  There was quite a lineup of gorgeous gray horses this year.  Let’s hope that some of them are stallions (I don’t have the energy to check) and that they reproduce.

It was interesting that Princess Anne didn’t smile or clap when her daughter Zara finished riding.  She clapped for other riders.  Maybe she was less a mother than a rider while she sat in the stands, watching.  Or maybe she was thinking that it was unfortunate that, at least in the saddle, Zara takes more after her father than her mother.   Many of the things that make Princess Anne a thinking horseman are reflected in her memoir Riding Through My Life.

The courses made me nostalgic.  All those verticals, just like in the old days. It’s almost become a cliche that those courses weren’t technical, but a vertical is still the hardest fence for a horse to gauge, so I’ve always thought that it’s just a different kind of technical.  One we see very seldom.  This course was challenging, different, and still friendly.  What a bold and brave choice to make for Olympic competition.

Speaking of grays, Davos takes the cake.  What a horse.  And beautifully ridden by Saudi Arabia’s Prince Abdullah.  As a friend of mine pointed out, he managed beautifully in the rain…and there’s not much rain in the desert, where he usually trains.  I did detest the draw reins in the medals ceremony, but at least he wasn’t on the lead line.  Maybe Anky should try this next time since she’s used to riding Salinero in draw reins when they go on trail rides.

More nostalgia…What a pleasure to see some of our old favorites, riding the pants off the younger crowd.  I love Nick Skelton even more now than I did before.  Way to go at the age of 54.

But the showjumpers need to stop pulling too!  They already have all that hardware in their horses’ mouths that’s supposed to make that pulling unnecessary.  And makes it even crueler than it does in other disciplines.

Instead of a bit check, let’s have a mouth check.  Ulcers, wounds, neuropathy, tongues that are damaged, all should be monitored in the interests of the horse’s welfare.

At the time the rules were written, such a thing was likely unecessary.  It was assumed that people knew how to use a curb bit.  They no longer do.  A curb bit that’s held at the horizontal without relief is a cruel and coarse application of a bit that was designed to be used with subtlety, on a trained horse by an educated rider (see Carl Hester).

I did see a double bridle on one of the show jumpers.  It stood out among the wire coat hangers.  How about a plain snaffle?  Or a pelham?  That’s what worked when the American riders triumphed in the ’72 Olympics over a course very similar to the one we saw in London (the one in the ’68 Olympics was a lot more challenging, with much higher fences).

The way horses are ridden these days, talking about what bits are legal and illegal is looking at the forest while overlooking the trees.  Those trees are the horses we should care for, and the forest is politics, as usual.

There has been much debate over the FEI blood rule, and the worst offenders have argued most strenuously to allow blood in dressage because it’s allowed in showjumping.  I say get rid of it in showjumping instead.  We could set a goal of four years from now, in time for the next Olympics celebrating the partnership of horse and human athlete.