Zeno of Citium, founder of the Stoic school of philosophy, taught in Athens c. 300 BC

Of course, that hasn’t stopped me yet.

Increasingly, I believe that all horses are stoic, and the ones who seem not to be stoic may be just as stoic as — or even more stoic than — the ones we think of as stoic.

I had a horse that I thought wasn’t stoic.  In fact, I thought he was a hot house flower, and I called him that.  True, there were things he wasn’t stoic about, like raindrops or a touch on the neck that was a little too soft, or, when he was younger, anything but a goat hair brush on his body. 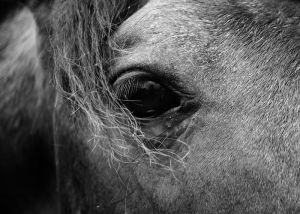 It took me too long to realize that he had ulcers (I’m older and wiser now).  Once I realized he had them, I treated him for years and in a variety of ways, until he was finally retired at the age of 12 due to his incorrigible nature (which I now believe was attributable more to chronic pain than to Native Dancer inbreeding or mistreatment, although they likely played a part).

A year and three-severe-colics-in-a-row after I retired him, I put him down. Given the horse he was, there was little chance he’d survive surgery or a hospital environment.  Just living life was enough of a challenge for him (and if he hadn’t been so gorgeous, that life would have been a lot shorter).  I can’t prove this and there was no autopsy, but my best guess is that he had enteroliths (was it all that alfalfa at Belmont and Aqueduct and Saratoga?). My vet thinks it’s a possibility.

The morning of that horse’s journey across the rainbow bridge, I groomed him.  It was one of the few days I’d known him that he didn’t even pretend to take a bite out of me. When I touched his side with my hand, it felt as if I was touching a rock.  Despite his silky hair, what my fingers felt was hard.  There was not the slightest softness there.  I’ve never felt a living thing that felt so dead.

On that day, the last day I spent with him, I revised my opinion of whether he was or was not a stoic.

Bas relief depicting the Emperor Taizong and his horse Saluzi from the Emperor’s mausoleum, Tang Period (636-649 AD). It is told that during a great siege, the horse was stuck with an arrow, and the Emperor pulled it from his chest while Saluzi stood stoically.

Another horse of mine loved nothing better than working with me.   I’d bring out the bridle and he’d shove his face into it and then softly blow.  His eyes would get soft.  Once I was on him, we were one.  I know he felt as I did.

Taine and Col. Lesage at Saumur

After five months, I called my regular vet, and we took radiographs of his back.  Every single vertebra impinged on another.  He was given back injections and retired.  Another great prospect — a horse who was as light on his feet and as elegant as Taine — retired at 12.

He had happily carried me on his back — that horribly malformed back — and done what I asked (well, that right lead took a while).  Yet there is no doubt that his back had been like that for years, maybe forever.

Still, no one who saw him weaving like mad in front of the gate when a gust blew or saw him go up on his hind legs when you led him towards a trailer would label him a stoic.  Yet that is what he was.  And is.

I’ve got another stoic here on the farm, I found out yesterday.  My Yankee-Irish horsewhispering boyfriend, whose recovery from a torn rotator cuff is splendid and ahead of schedule (all that Farm Fitness), has been mentioning that his knee hurts.  It all started last month, after he spent a day with a ladder while working on the new stalls.  Nothing happened, he says.  His knee just started to hurt. 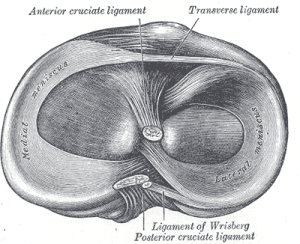 He got a cortisone shot and it didn’t help much.  He had an xray that showed mild osteoarthritis.  Celebrex did nothing.  Three days ago, he had an MRI.

The results?  You guessed it – Stoicism!  In the form of torn cartilage, one completely torn meniscus, one partially torn meniscus, a Baker’s cyst, edema, and a fracture of the distal femur.  Hard for the doctors to imagine, since my YIHB just kept doing more than I imagine anyone else with all that would do.

Later today, he’ll see his surgeon and we’ll learn more.  As winter approaches, I’m happy that I’m a stoic, too.  While our farm is horse heaven, it’s closer to human limbo.  I’ve always said I couldn’t manage the farm without my YIHB. Now, I may have to.  At least for a while.

Speaking of stoicism, although Zeno of Citium left no written texts on his philosophy, the fundamental principles include living in accordance with nature, simple living, and the idea that happiness and peace arise through living in the present.  Hey, sounds like what horses do, doesn’t it?

It’s my plan as well.